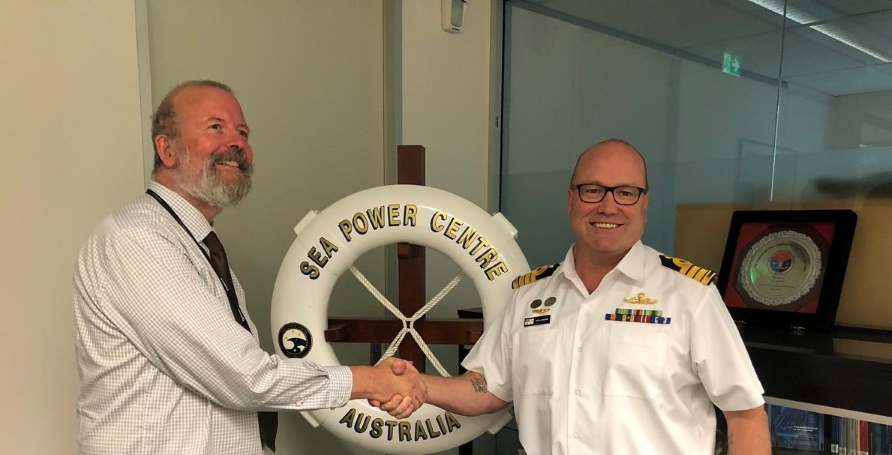 Congratulations to the Sea Power Centre Library on reaching a cataloguing milestone, entering the 6000th record into their Liberty system which holds their historic reference collection.

The Sea Power Centre – Australia was established in the early 1990s to act as an autonomous research centre to foster and encourage development of maritime strategic thought by providing intellectual rigour to the public debate on maritime strategy and other maritime issues. They have been using Liberty since 2012 and the catalogue has been a work in progress since then.

Captain Sean Andrews was on hand to congratulate Librarian and Cataloguer Steve Cremer, and the milestone was celebrated with a mud cake.

And which book, you may ask, earned the library the record? Alvin Toffler’s War and Anti-War.